In this post, we will cover the current affairs from the 3rd October 2019, Source is PIB, the Hindu, the Indian Express. Finally, you will find the link to download PDF.

When the village is ODF?

A SOUND REVIEW | POLITY | THE HINDU |

Ministry of Jal Shaktiis a ministry under Government of India which was formed in May 2019. This Ministry of Jalebi’s Shakti was formed by merging of two ministries; Ministry of Water Resources, River Development & Ganga Rejuvenation and Ministry of Drinking Water and Sanitation.ccccc

This can be classic example of ethics case study. Make sure that you read this article here. 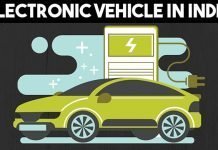